Neil didn’t actually like running marathons as much as he bloody loved letting everyone know that we was a marathon runner.
When Jeff in the office said he was going to run a marathon,
Neil was fuming
but outwardly supportive
such was his demeanour.
Not to be trumped
Neil trained harder and next Monday announced he was running 100 kilometers
without water
or shoes
or feet or legs
He maimed his own legs and bled all by the photocopier.
Aha, Kenya

This lion, Terry,
like all lions,
smoked cigars.
Nala gazed at him
How she longed to be free from the mistake of her youth.
Simba had no idea the marriage was now loveless
He chugged on his fat cuban
and rolled around laughing about Pride Rock
like a fucking animal
Nora

Nora only really liked to be fingered.
This hindered lasting relationships for most of her 30s.
Whilst on a trip to Florence with her patient Mormon boyfriend of 3 months - she flirted outrageously with a glove makers apprentice from the high end leather goods store, Gino’s.
That night she sucked his fingers.
Matthew wept,
cuckolded in the corner on a chintz and walnut armchair.

Horace was really smug about all the glitter he found in a tub.
He was understandably naive about the effect eating 300 grams of glitter could have on the body of a sealion.
He duly died.
STDs: Etymology

June was upset
Frank tried to apologise and sought to console June by reading the Wikipedia entry in which the etymology of gonorrhea was noted
Romantically,
it was named after the Mexican muse of the doctor who discovered the ailment in himself
The doctor
and the muse, Gonorrhea,
later married;
with the doctor clear of the STD using just regular anti-biotics
June was now both upset
and angry
Frank booked himself an Uber
Carlos, the jammy bastard

Carlos looked in the mirror
He realised he’d nailed life
Not wanting to waste a minute, he promptly reproduced
Triumphantly making more Carlos’s for the world 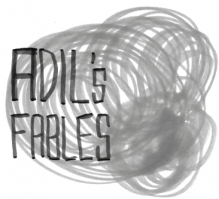 Brendan: 2017 Shropshire Area Backgammon Champion
Since his virgin victory
Brendan had spiralled
Tearing up the backgammon scene with a punk attitude and fistfulls of cocaine.
Fast forward to the 2018 final -
Gurning and gakked out of his existence
Brendan took a tremendous lead
the trophy in his bleary sight.
Agonizingly, he was thrown out of the 2018 tournament not because he vomited on the board during the final frame,
but because his vomit contained a single die
3 dice on the board, being a serious technical foul

On Thursdays
I join after work drinks
from booking.com
smashing fistfuls of salted cashews
pretending I’m from IT
as I slag off their boss to fit in
Vintage Technology

Linda thought that the
vinyl records
analog photography
caveman beard
and Des foraging and making his own wine was cool.
Blinded by lust
and her penchant for nostalgia
she didn’t notice Des’s predictable abandonment of modern medicine
The bubonic plague got them both
Vloggers

It was so shitting hot
that the tarmac was melting.
In fact
everything melted
The village: a swirled Jackson Pollock of phone boxes, Yorkshire Terriers and genteel over 65s
Nothing escaped the melee
Determined to hold onto their over 65 customer base,
the parish bingo continued to operate from the southern end of the gloop
Andy.xlsx

Trash talking
at the Scrabble tournament
was not decorum
But Philip was on a roll
and gave precisely zero fucks
His jibber jabber was cut short upon the next tile selection
crucified by:
N N N R I R B
His opponent, Steven from Chesterfield
was no “CANDY ASS BITCH” now
Seduction

They all picked on Tim
calling him a lardarse
and a cunt
Tim danced for them
alternating hops
arms flagged
opposing each outward leg
At the end of the song
they gave Tim his earned Victoria Sponge
Considering he had slept with all 3 sisters
he probably was a cunt
and the baking for his dancing,
highly generous
Infinite scroll

Sore eyes and thumbs, but
what a triumph
Svetlana put her phone on the table
She had finished the internet
Caramello

None of Raj’s friends minded that he was made of caramel
Raj was a hoot
His wife
however
was a complete bastard
Written over 3 days in summer 2018
<!--Global site tag(gtag.js)-Google Analytics-->